The Hope Festival got off to a strong start when a crowd of 3,000 curios people came to investigate what was going to happen and why we had come. Thousands more listened in by radio. I preached on repentance that night and hundreds welcomed Jesus into their hearts. Their lives were changed for all eternity, and this was only the beginning.

Later that same night, more than fifty people immediately stepped forward to share their testimony after we had prayed for the sick to be healed. This was quite a wonderful and unusual response to the start of our Hope Festivals. There was a great hunger throughout the entire four-night campaign.

The crowd grew on each successive night. They came hungry for the gospel; treasuring every word. Every heart was engaged with God’s message of salvation form the very beginning of the meeting until the end. Many people who gathered in the streets surrounding the square where

the meeting were taking place. However, the sound system for this event was outstanding so they were able to hear every word. All of the meetings were also broadcast live over the radio throughout the week. The listening audience also continued to grow along with the popularity of the event.

The crowd had moved beyond curiosity and into great expectation by the forth and final night. More than 10,000 people stood in front of me, eagerly listening to the word of God and the transforming power of the gospel. And it continued, night after night, hundreds upon hundreds fell in love with Jesus.

In all, more than 2,000 people welcomed Jesus into their heart (not including radio). The guilt, shame and regrets of their sins were washed away and would haunt them no more. Visible signs of relief could be seen on the faces of the people as we prayed together and Jesus entered their lives.

There is no greater joy than to see lives changed through the power of the gospel. It fits every life and delivers help and hope for every situation. “There is no other name under heaven given under heaven by which every person must be saved (Acts 4:12).” God does not have an alternate plan of rescue.

The Fire Festival for pastors and church workers was also successful. Many church leaders were encouraged to continue declaring the gospel message and challenged to become active soul-winners in their communities. There came a mighty outpouring of the Holy Spirit in our final meeting. Many were filled by the Holy Spirit for the first time and were empowered for ministry. It was truly awesome!

It felt as if lightening shot through the crowd as we prayed for the sick during the large evening meetings. Testimonies of healing came in like a flood every night. One man told how he was immediately released from the effects of malaria on the spot! Another came forward to show that he was free of his walking stick.

One lady told how she had lost her eyesight. She had fallen out of a moving car when she was a child. Her eyesight was lost as a result. Scars from the childhood accident could still be seen on her adult face. But she came forward with two good eyes; seeing perfectly! She stood in shocked silence, stumbling through her emotions, trying to find a few words of gratitude. Jesus had done a mighty miracle.

A young girl who had not been able to walk without the help of a stick walked up onto the platform with strength in both legs. She found it impossible to stop smiling. Other healings of chest pain, disabled legs and many other healings followed. One strong-looking man stood next to me in tears to tell how Jesus had opened his blind eye. He couldn’t seem to find enough tears to thank Jesus enough.

The miracle that lingers in my memory is a young lady who was unable to stand or walk for nine long years (shown left). She had lived a paralyzed existence, but walked onto the platform with a smile that stretched from one ear to the other. All those years of sickness and disability were washed away in a single moment.

The third and forth nights of the meetings brought an unusual sight. People began to come by ambulance! They were checking out of the local hospital to receive their healing from “Doctor Jesus.” There could be no doubt that Jesus is the ultimate Healer!

We have rarely seen so many miracles taking place in one gospel campaign. It was overwhelming to see Jesus touch so many lives in such a powerful way.

To say that Jesus does not heal is unthinkable. Jesus is alive!

The evening meetings along with the morning “Fire Festival” for Pastors and church workers brought increased unity among the local churches. We were told that this was the first time the churches have worked together and experience so much growth.

The churches were full on the morning following the campaign. Pastors were rejoicing. They are now connecting and following up with new believers. And as they do, they are finding more miracles and salvation decisions that were not reported during the course of the Festival!

Pre-recorded radio messages also helped with the early discipleship efforts. These messages began airing the Monday following the Festival. The radio station has suddenly become more popular through its connection with this event. These broadcasts are an efficient way to strengthen the hearts of many new believers who have made a decision for Jesus and provides an opportunity to encourage them to get involved with a local church.

The local authorities were amazed to see so many people attending. This Festival was the largest event of this kind ever to take place in the region. It was a surprise to everyone, but

they were also greatly encouraged by the harmony and healing that accompanied the gospel message.

There are still two more Hope Festivals scheduled to take place this year. One is in Myanmar (Burma) and another in
Indonesia. Together, with your help, we will continue to see thousands of people come to know Jesus as their personal Lord and Savior.

Together in His Work,

For more information about the ministry of The Nations Hope, please visit our web site at www.nationshope.org. 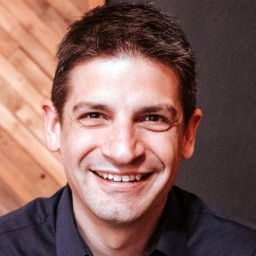